We dispose of 2.12 billion tons of waste annually. If all this garbage were loaded into trucks, it would take 24 trips worldwide.

So, the question that arises is: why do we produce such a large volume of garbage?

Well, one reason is that we discard nearly all the things we buy within six months.

How Much Plastic is There in the World?

EPA estimates that Americans churned out 35.7 million metric tons of plastic in 2012. Approximately 12.2 percent of the waste created is municipal solid waste.

Here are some relevant figures on plastic pollution:

How Much Plastic is Recycled Annually?

The amount of plastic garbage recycled is one of the most important figures. The truth is that the vast majority of plastic is not recycled.

Because it’s cheaper to produce new things from scratch, recycling plastic is a waste of money. In the United States, only 8.7% of plastic garbage was recycled in 2018.

There is no regular recycling of plastic bottles.

Therefore, it is here to stay. The only solution is to discourage citizens from purchasing throwaway plastics and encourage them to recycle what they can.

We should work together to reduce the amount of plastic waste in our landfills and incineration facilities.

What is the Most Recyclable Plastic Material?

HDPE plastic is recycled more frequently than any other type of plastic. It is the most cost-effective and safest plastic to recycle.

You might recognize this plastic as a trash can, a milk jug, or a toy for children. You’ll find PET bottles in most supermarkets and convenience stores.

Which Plastic is More Urgently Needed to be Recycled?

There should be an emphasis on HDPE and PET in your educational efforts because their combined recycling rates are just around 30%.

All Beverage bottles, food containers, and cleaning containers are made of terephthalate.

How Much Plastic Waste is Currently Floating in the Ocean?

Although it’s impossible to estimate exactly how much plastic has entered the ocean since 1950, we know that 8 million metric tons are added each year.

Here are some facts concerning marine life and plastic waste:

Researchers have produced a new generation of easier and less expensive polymers to recycle.

Some Quick Facts on Plastic Pollution

Many different types of waste are deposited in the world.

There are more than 50 types of waste listed on Wikipedia. Here are some of the worst examples:

In recent years, the amount of electronic garbage (or e-waste) has grown exponentially as technology has advanced.

According to a recent report, almost 50 million tons of electronic garbage are generated each year. Most of this waste is sent to underdeveloped countries like Africa and Asia.

E-waste can be extremely hazardous if not disposed of properly. Heavy metals and hazardous chemicals contaminate the environment and threaten the local population’s health.

These chemicals also endanger the workers at the dumps, who are frequently left without any safety precautions. They affect the old and young alike.

The electronic garbage dump is usually found in Guiyu and China. These countries house the world’s largest e-waste landfill, receiving 700 tons of electronic debris each year.

Arsenic and other heavy metals and compounds can be found in electronic trash. Some of the most toxic chemicals included in electronic waste are as follows:

If you had any doubts, these toxic heavy metals and compounds have been shown to have negative effects on:

Industrial chemical waste can be extremely hazardous and expensive to dispose of.

Shipping toxic trash to countries where it is dumped without any safety error or regulation can be beneficial.

Old discarded ships are another common sort of waste to be dumped in less developed countries. Sending these ships to Asia for dismantlement saves a lot of money.

Approximately 70% of ships are taken to China, Bangladesh, and India to be disassembled.

The act of scuttling a ship is a filthy one. Lead, zinc, mercury, arsenic, and asbestos are just a few of the dangerous substances that can be found on old ships.

However, it is not possible in every case. Some of it is left to rot on the sand.

For instance, stockpiled waste is 79,000 tons of asbestos, 240,000 tons of polychlorinated biphenyls, and 210,000 tons of ozone-depleting compounds dumped in Bangladesh.

There are many chemical compounds known as persistent organic pollutants (POPs). These pollutants are hazardous to human health and ecosystems all over the world.

POPs accumulate in both humans and the environment due to their tenacity. Moreover, many insecticides also contain POPs.

It is not uncommon for prosperous countries to sell toxic and hazardous garbage to developing countries that are less wealthy.

Toxic colonialism refers to the practice of dumping toxic garbage in developing countries as a cheap alternative to disposing of the waste in wealthy countries.

They have the technology and resources to dispose of the trash exported from rich countries safely.

People without proper understanding handle toxic waste in countries that import the waste.

It was discovered that many people die due to the poisonous substances leaching into the river. The dirty trade brought in millions of dollars for the corporations responsible.

Local communities are responsible for disposing of their rubbish.

Countries that import trash from the West’s wealthy countries have built massive dump sites due to the worldwide trade in waste.

All the dumpsites have one thing in common – they pose major health and environmental hazards to their locations.

Dumpsites constructed due to the global trash trade affect around 64 million people directly.

Some of the world’s largest garbage dumps are:

Every year, it receives approximately 192,000 metric tons of electronic garbage.

This garbage is toxic to the 10,000 individuals who rely on sorting and recycling for a living. It also endangers their health.

Approximately 40 million tons of rubbish are disposed of here.

Moreover, 230,000 tons of residential trash is generated each year.

The toxic trash dumped here affects the health and well-being of 5 million individuals.

Consumerism and the Waste of Resources

Consumption has the unintended consequence of increasing waste production, depleting natural resources, and polluting our planet.

We’d need up to five planets just to keep up with and dispose of our rubbish if everyone lived like a Western consumer. More and more consumers are surfacing every day.

With an increasing global population, urbanization, and increased garbage being thrown away, trash output has increased tenfold. The amount of rubbish produced in cities is increasing.

It is predicted that by 2025, the amount of waste generated by the world will be three times as much as it was in 2009.

It’s a recycling coordinator’s job to persuade local citizens to do more recycling. Implement initiatives that encourage the public to recycle plastic appropriately.

Every citizen should be encouraged to make informed purchase decisions in their daily lives to avoid the production of unnecessary waste.

According to a recent estimate, by 2030, our oceans, rivers, and lakes will be littered with 53 million tons of plastic. Global initiatives to minimize plastic waste can help drop this number.

You will need data, ingenuity, and testing to make a difference with each recycling program being implemented.

You can use this year’s new plastic trash data to help you plan for the upcoming recycling season.

Compare them to the local statistics and decide on how to best address the issue of plastic recycling in your community. 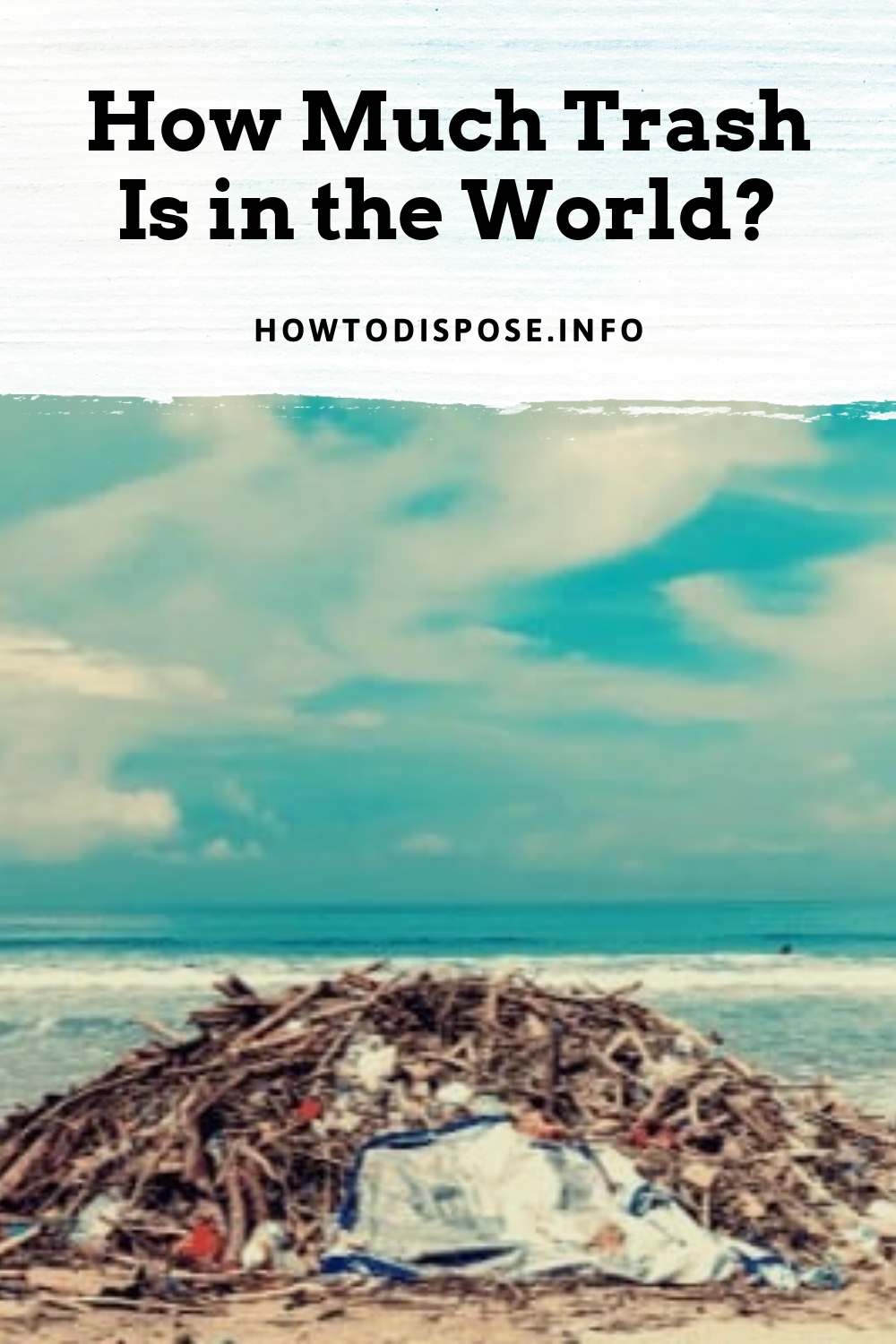